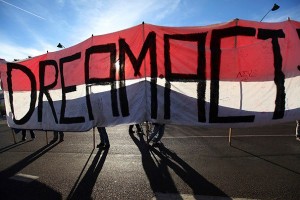 If you would like to contribute news, events, issues, interviews or music to our podcast, email us: podcasts@uniteafricans.org or call: (312) 949 9980 between 9am-5pm, Mon-Fri.
Click the link below to see the full details of news, events and music featured on the podcast.
Intro:
Welcome to African Voices, Ep. 11. In this episode, we feature news from the African community in Chicago, and the African continent. We also feature updates from the London Olympic games in 2012.  A music mix from DJ Zigs of Ghana, upcoming events, a South  African recipe, Advice on Obama’s DREAM Act policy, and an Africans in Chicago interview with a Dreamer, who tells his story in coming to America and being undocumented.Music: DJ Zigs of Ghana
Local News:
Youth Leadership-
Last months workshop held on July 21st featured Youth Engagement & Empowerment: Developing a new generation of effective leaders for the future, and touched on:

The workshop was a great success. We would like to thank Bryan Echols for facilitating the event, as well as all of our participants!

African Picnic-
Despite the rain, our First Annual African Community Picnic & Back-to-School event held on Saturday, August 4 was a success. We look forward to next year, and hope to see even more people from the community!

African News:
We at United African Organization extend our heartfelt condolences to the Ghanaian community here and in Ghana over the untimely passing of their President, John Atta Mills, early Wednesday on July 25, 2012. More than 10,000 people gathered in and around the square.

Among those who viewed the body as it lay under a glass case before the service were Alassane Ouattara, Ivory Coast’s president, and his Liberian counterpart, Ellen Johnson Sirleaf. Leaders of Benin and neighbouring Togo also attended the funeral. Africa has lost an illustrious son! May his soul rest in peace!

Hundreds of activists have rallied in Morocco’s main cities to protest against corruption, the high cost of living and other causes of discontent.

Rights groups, trade unionists and the February 20 protest movement had called the demonstrations, amid frustration at the perceived failure of the Islamist-led government to make good on its electoral promises.

In Casablanca, Morocco’s largest city, nearly 1,000 people gathered, chanting anti-corruption slogans, denouncing the sharp rise in prices, and calling for the release of jailed activists, a witness said. The protest ended without incident at midnight, an activist reported on social media.
Around 300 people gathered near the main boulevard in Rabat, the capital, chanting slogans criticising Prime Minister Abdelilah Benkirane, and waving anti-government banners

https://www.allafrica.com/olympics
Kenya: Kemboi Delivers London 2012 Gold At Last—- The wait for gold in London 2012 for Kenya is finally over as Ezekiel Kemboi won the mens 3000m steeplechase race and his place in history as the first two-time Olympic champion on Sunday night to spark raptures in a nation starved of glory.
https://allafrica.com/stories/201208060015.html
Oscar Pistrorius Makes History in the Olympics– South Africa’s Oscar Pistrorius, dubbed “the Blade-Runner” by the media, made history when he became the first amputee to take part in an Olympics track event
https://allafrica.com/view/photoessay/post/post/id/201208100002.html
Upcoming Events:

Recipe:
Bobotie is a South Africa dish consisting of spiced minced meat baked with an egg-based topping. The recipe is likely to have originated among slaves from South-East Asia who were brought to Cape Town in the 1600s and 1700s. It is usually made with curry powder, giving it a ‘tang’.

Set the oven at 160°C (325°F). Butter a large casserole dish. Fry the onion and garlic in the orange juice until translucent. Stir in the curry powder, and cook briefly until fragrant. Remove the pot from the heat.

Mix in the minced meat and cook. Mix together the crumbs, milk, lemon rind and juice, egg, salt, pepper, apricots, apple, sultanas (golden raisins) and almonds and mix in. Pile into the casserole and level the top. Roll up the leaves and bury them at regular intervals. Seal with foil and bake for 1 1/4 hours. Increase the oven temperature to 200°C (400°F). Mix together the topping milk, eggs and salt (you may require extra topping if you’ve used a very large casserole), pour over and bake uncovered for a further 15 minutes until cooked and lightly browned. Serve with rice and chutney.

Advice Box:
Advice on the DREAM Act
On June 15, 2012, the Obama Administration announced that it would offer many DREAM Act- eligible youth temporary relief through ‘deferred action’. The memorandum offers hope to many eligible young adults by providing a work permit. The State of Illinois is home to over 75,000 DREAM Act-eligible youth.

To Qualify, you must:

It is important to note that USCIS is will start Accepting Applications on August 15th, and not earlier. There is also a fee of $465 dollars to file the application. This fee also includes background checks and fingerprinting.

Documentation demonstrating enrollment in school, graduation from high school, or receipt of the GED includes: