(2) Refugee ban order:
On January 27, the president issued a third executive order suspending the U.S. Refugee Admissions Program,                 and blocking entry of refugees and other immigrants from Iraq, Iran, Sudan, Somalia, Syria, Yemen, and Libya.
The executive order:
Individuals from these countries are advised to:
Please note that the legality of this order already has been subject to federal court orders and its enforcement                   at airports and other ports of entry has been inconsistent and rapidly changing.

USCIS has published the final rule on their services fee schedule, the notice is available at: https://www.federalregister.gov/d/2016-25328.  This rule is effective December 23, 2016. Applications or petitions mailed, postmarked, or otherwise filed on or after December 23, 2016 must include the new fee.

The new rule establishes a three-level fee for Application for Naturalization, Form N–400.

Below, please find a copy of the table of changes for common applications:

Extension of DACA and Approval of DAPA by the Supreme Court

With President Obama’s executive action for the implementation of DAPA and the expanded DACA having been blocked and returned to the lower court due to a 4-4 split decision by the Supreme Court Justices, much is at stake regarding the upcoming presidential election and the future appointment of a 9th Justice. Many in the African immigrant communities will fully understand and appreciate the implications that such programs, or lack thereof, could possibly have on them and their families regarding temporary protection from deportation and newly permitted work authorization. With the recent deadlocked decision and the impending termination of the Obama Administration, there is much to be concerned about regarding the livelihoods of such immigrant families and the policies concerning deferred action that directly affect them.

END_OF_DOCUMENT_TOKEN_TO_BE_REPLACED

The Zambian Heritage Association in Chicago (ZHAC) is unique in its engagement with Chicago’s Zambian community and integral in its growing voice. ZHAC aims to promote all aspects of Zambian heritage, from its cuisine to its fashion, by encouraging and promoting the professional and personal ventures of local Zambians.  Every year, ZHAC organizes numerous opportunities for the local community to get involved. These events range from “family gatherings” like picnics or barbeques on holidays such as Memorial Day and the Fourth of July, to a business expo where Zambians can rent space and display their talents, from fabric-making to cooking. ZHAC is also responsible for a Zambian soccer team that plays in tournaments during the season.

In all aspects of the work that ZHAC accomplishes, an ultimate goal is to make aware the surrounding Chicago community of Zambia’s history and culture, so as to not only benefit Zambians themselves, but to also achieve unity with all members of the local community. It is, thus, critical in ZHAC’s efforts to include and involve “Zambians and their friends,” meaning any and all people interested in learning about the Zambian presence in Chicago.

As a relatively young and small organization, ZHAC is working to “spread its wings” through Facebook and word-of-mouth outreach, and through fundraising and donations. For more information on how to get involved with this growing community, please visit the ZHAC website at http://zhac.weebly.com/, or contact the ZHAC Chairperson, Tamiwe Helen Sichinga, at +1 733 398 9160.

AfriCaribbean ArtsConnections (formerly known as West Side Story AfriCaribbean Drums & Dance) is a cultural education After School Matters program incorporating dance, music, and textile art to help teens connect to their roots from the West Side of Chicago, throughout the city, to Africa, the Caribbean and beyond. Founder and Director Vickie Casanova Willis created this program nearly 10 years ago, to help teens discover the physical, emotional, and mental benefits of the arts in an apprenticeship program that provides dance and drumming experiences, global engagement, life skills, and training in various arts techniques of the African diaspora. Activities each semester include guest speakers, performances, and collaborative events within the community plus college connections.

The talented teen apprentices in this unique After School Matters program recently spent a day visiting the continents of Africa and South America without ever buying a passport or leaving Chicago! They did this all during a special Saturday field trip to one of their favorite annual events, the African Youth Forum hosted by the United African Organization (UAO) on the campus of Illinois Institute of Technology, at 35th and State Street on the city’s South Side. END_OF_DOCUMENT_TOKEN_TO_BE_REPLACED 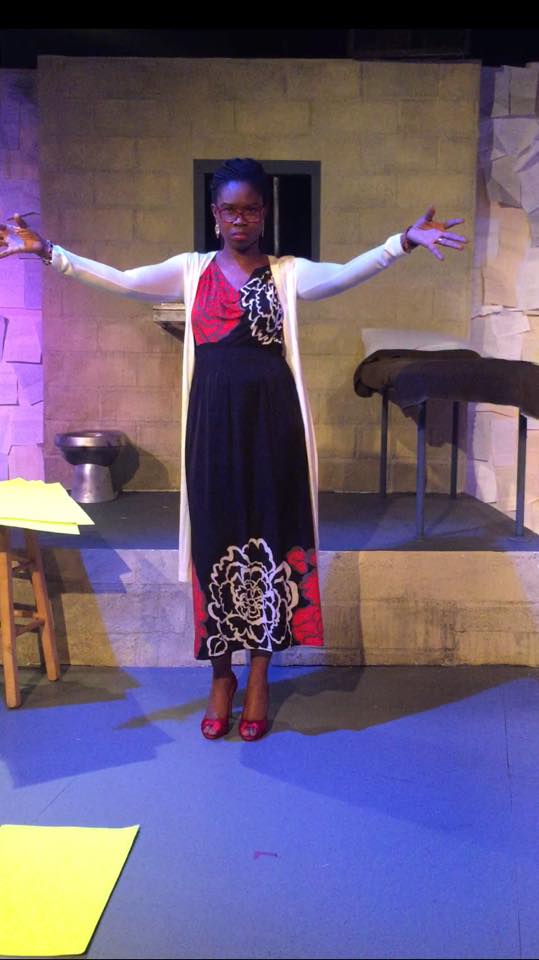 END_OF_DOCUMENT_TOKEN_TO_BE_REPLACED

Statement of UAO Board President on Dr. Alie Kabba:

It is with dismay that we learn of United African Organization (UAO) Executive Director, Dr. Alie Kabba’s arrest and detention by the Sierra Leone government for the third time in under 30 days.

Dr. Kabba, on a visit to Sierra Leone, was arrested a day after he gave an interview to the local Radio Democracy 98.1 FM station, during which he criticized the ruling government for corruption and nepotism.
We, as the largest African coalition in the United States, unequivocally condemn his arrest and call for his immediate unconditional release, acquittal and return back to the U.S.
“We call on President Ernest Koroma of Sierra Leone to end the politically motivated persecution of Alie Kabba whose only crime is that he is an outspoken and fearless opposition leader with an unblemished record of fighting for democracy, rule of law, human rights and social justice”, says UAO Board Chair Godfrey Chinomona. “We demand his unconditional release and return of his seized U.S. passport.” END_OF_DOCUMENT_TOKEN_TO_BE_REPLACED
Page 3 of 14«12345...10...»Last »
Donate
Now
Enhance core programs that further the mission of the UAO.